Matilija Dam in the News 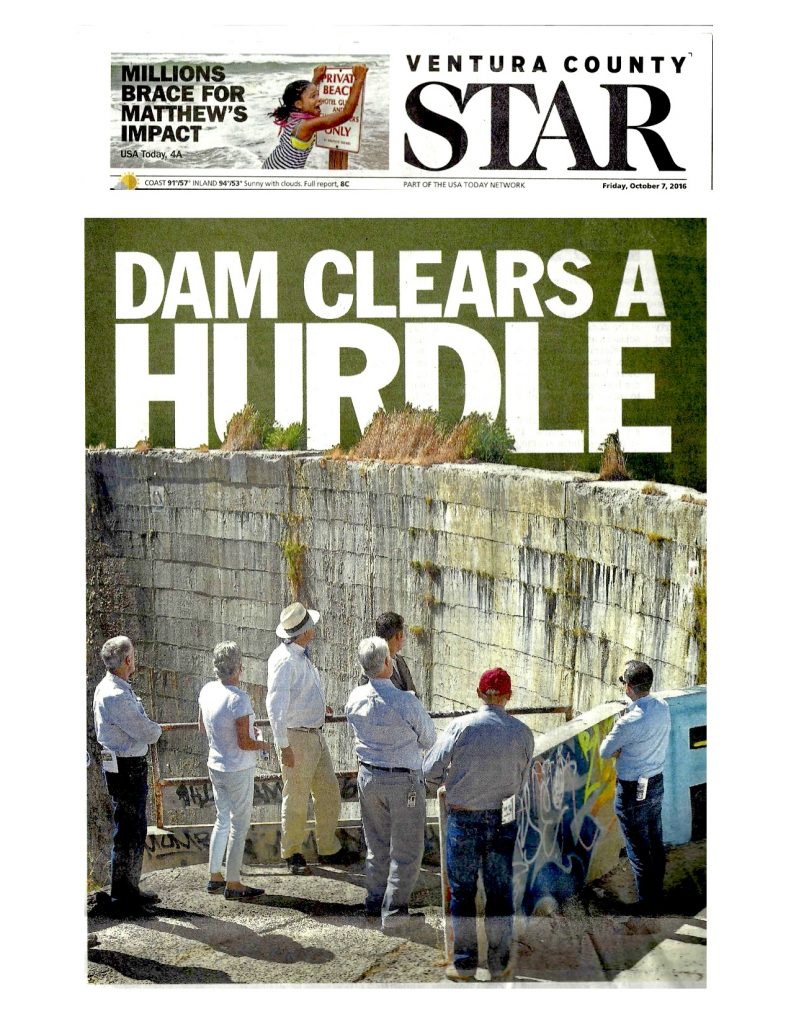 "It is mostly silted up. It has out lived its usefulness. It no longer serves for flood control or water supply for the region and at the same time it blocks fish from coming up so this fits with the statewide priority of trying to deal with these old situations," said Secretary of California Natural Resources Agency John Laird.

Local, state and federal officials toured the dam Thursday as Peter Sheydayi, interim director of the Ventura County Watershed Protection District, talked about recent steps forward and the work that still needs to happen.  For years, there has been widespread support to tear down the dam above Ojai. The problem is what to do with the about 8 million cubic yards of sediment that has built up behind it over the past six or so decades.

"From 2007 until very recently, we were still trying to get Congress to fund this project. We just sort of met with obstacle after obstacle," Schuchat said. The Coastal Conservancy has funded much of the state's share up to now in the process.

Instead, local officials want to look at whether they could fund the project without the Corps of Engineers. For now, that's just something to explore.

After the tour, officials returned to the Watershed Protection District's Saticoy office to talk about funding possibilities.

In the meantime, the next step is to take the concept that the groups agreed to and turn it into engineering drawings. Officials have applied for a grant from the California Department of Fish and Wildlife to pay for that next phase of work. 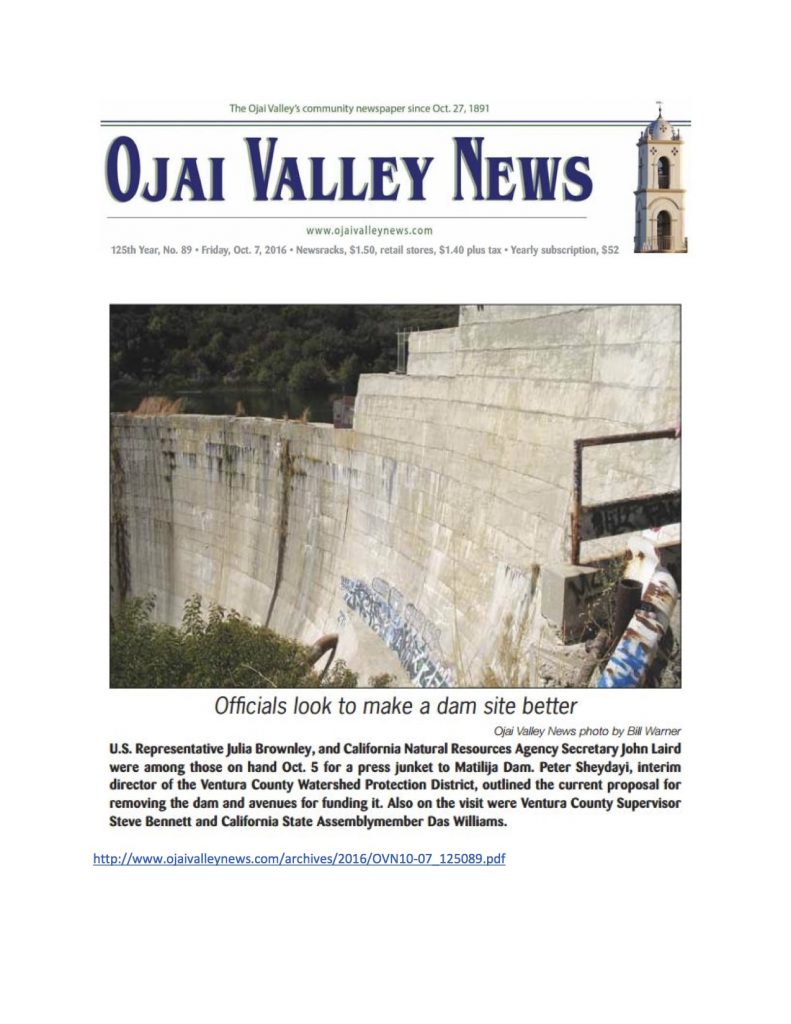 KEYT News  Matilija Dam one step closer to coming down