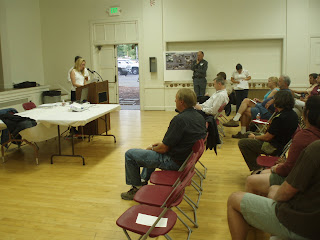 Around 20 people showed up at the Chaparral Auditorium in Ojai to hear the latest on the Arundo eradication efforts in the Ventura River watershed. This first on-the-ground action in preparation for the removal of Matilija Dam has caused some concern among local residents, who had numerous questions about the safety of herbicide application. County staff said that they have used approximately 1200 lbs of glyphosate per month since last September. (Glyphosate is the active ingredient in the common weed killer 'Roundup.') According to the County, none of the water sampling during the spraying has detected any of the chemical. Some commented that the chemical may be toxic at levels below the laboratory threshold, and others said that they had felt ill from exposure to overspray. 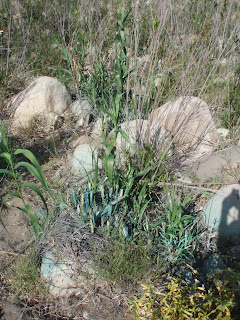 The presentation included aerial photos that showed the historic spread of invasive Arundo in Matilija Canyon. Illustrations posted inside the auditorium displayed the areas that have been treated. The 'best management practices' for herbicide application were described, which include maintaining a buffer zone away from from water, residences, and orchards. The complete project plan is here: http://matilijadam.org/reports.htm

As this photo illustrates, the giant reed often resprouts from the roots after initial treatment. The project managers also outlined a schedule for 're-treatment' of the 1100 acre project area. Followup crews will scour the canyon and treat resprouts quarterly for the next 5 years, after which, hopefully, there will be very little Arundo donax remaining. Without diligent followup, all that herbicide would be for nought.

The photos below illustrate the progress - wow, there's a creek up there! 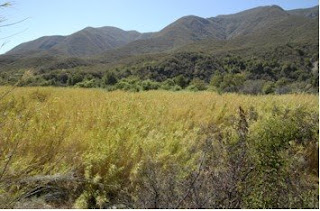 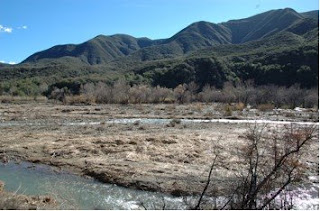 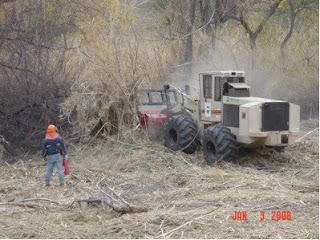 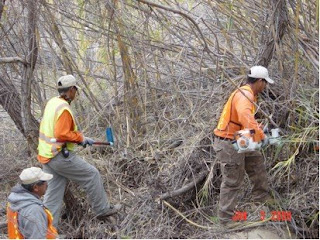